Showing posts from January, 2009
Show all 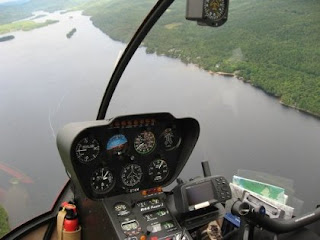 Ever since I was a boy, I've been impressed with two kinds of machines: Ferrari's and helicopters. I guess the two don't share much apart from the price tag and being primarily a male thing. Never the less, since treating myself a ride this summer in a Robinson R-44 over a Canadian national park, I've been moving slowly but surely into the realm of remote controlled helicopters. Off to a wrong start I always knew helicopters were among the most difficult things to control, yet I still wasn't prepared for exactly HOW difficult. Of course, I did not exactly make it easy for myself by starting out with a 400 series 6-channel 3D capable outdoor helicopter, like this Hughes 300: Since then, I had some fun with other models. For instance, just as a toy for my nephew I got the Silverlit TandemZ mini helicopter, a tiny 3-channel indoor model that actually flies pretty decently albeit terrible susceptible to drafts. This really is just a toy though, do not expect to b
3 comments
Read more
More posts