November 09, 2014
Last year I went to the 2013 GOTO conference in Aarhus, Denmark. This year, I got the opportunity to visit the 2014 Øredev conference in Malmø, Sweden. The following is just a short reflection of my experiences and they may of course be entirely different than those of other attendees. 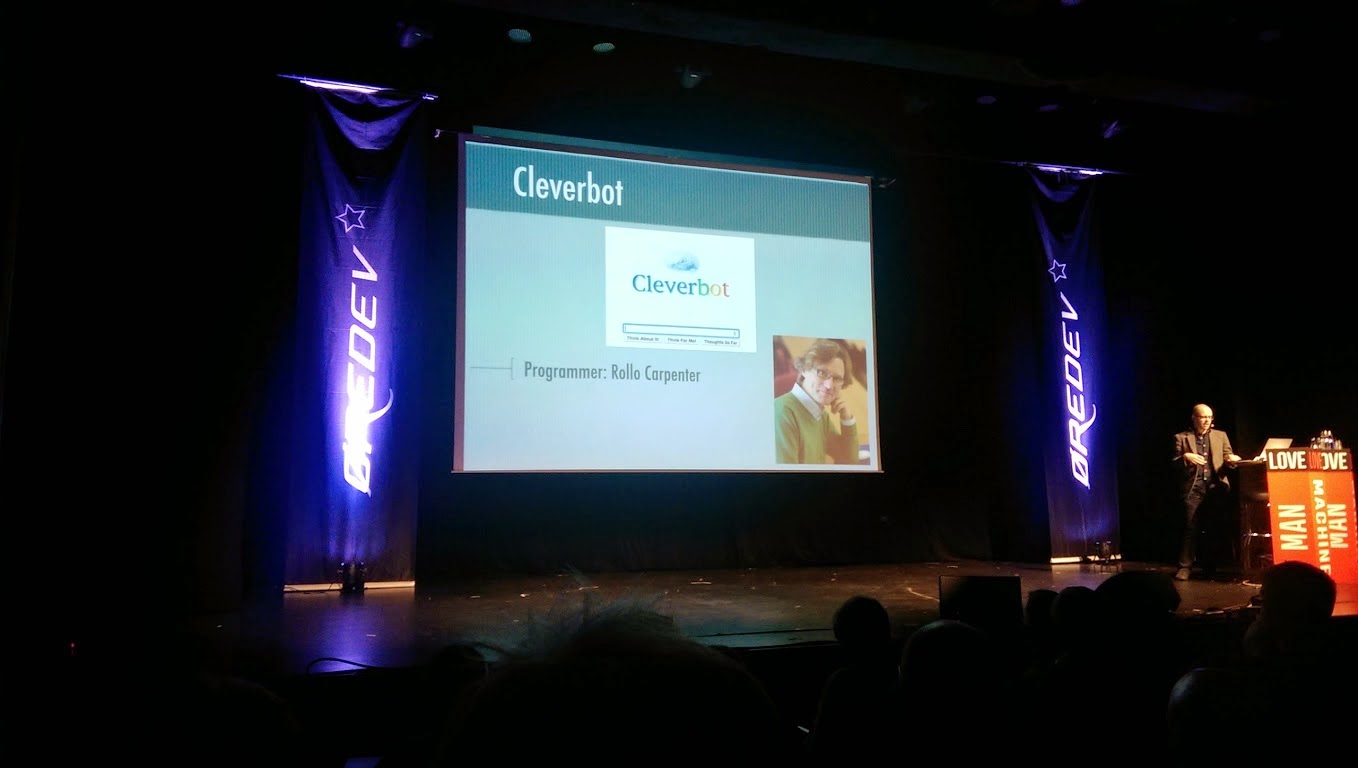 The whole setup of Øredev is similar to GOTO and with 1300 attendees I believe they are about the same in size. Being in Sweden, albeit right across the water from Copenhagen, the crowd was predominantly Swedish with perhaps 20-30% of Danes. The speakers were slightly less known than those at GOTO, although a few speakers from Thoughtworks, Oracle and Microsoft stood out.

The good
Øredev feels quite a bit more intimate and cozy than GOTO did. It could be due to the constrained space and the lighting, but the pillow sacs, live jazz and plenty of popcorn, chips, candyfloss and beer sure didn't derail that perception. 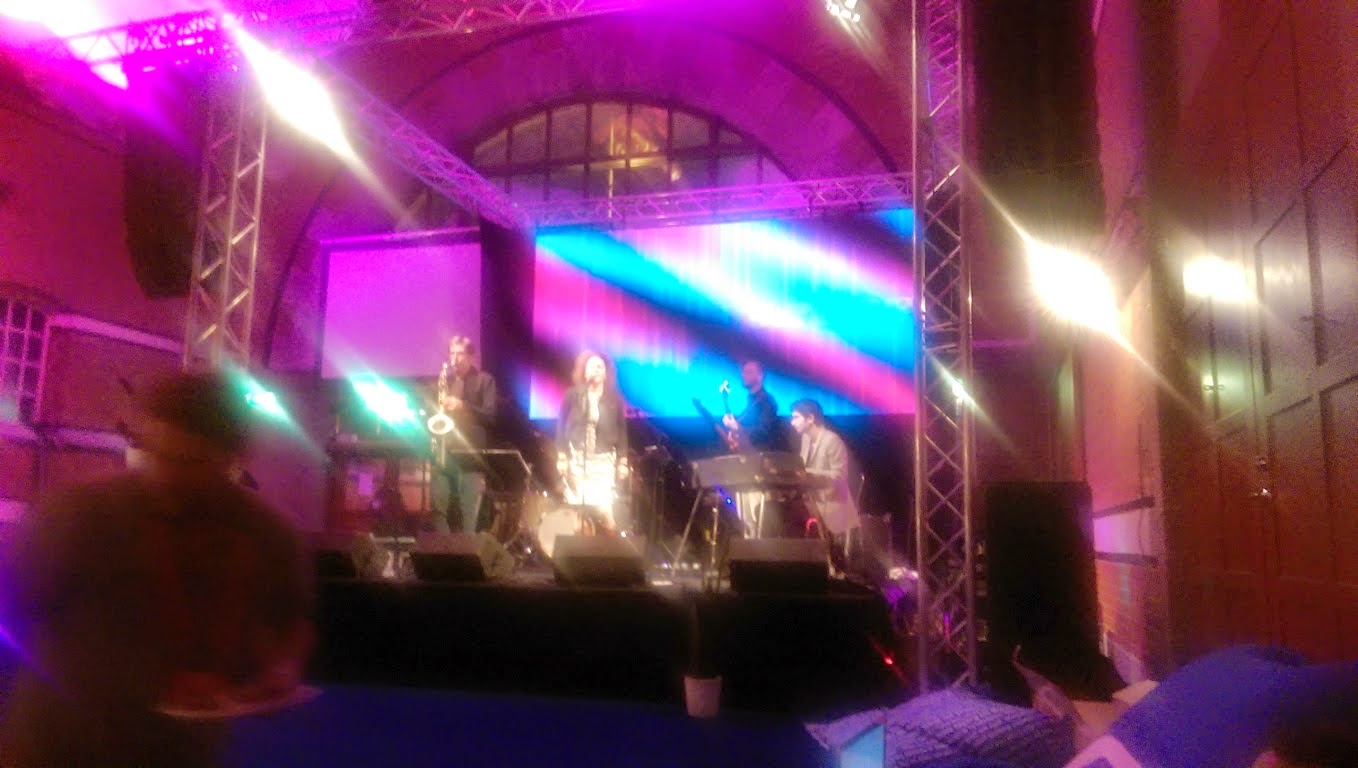 Wifi coverage was generally good and there were plenty of sessions to attend as a whole. With decent food and no shortage of coffee, cake, snacks and candy, there was no risk of running out of energy anytime soon. At some point they did run out of the local no-name cola brand and finally gave us real coca-cola soft-drinks. If there's ever an event where you should not skimp on brand name cola, it's probably a conference for developers! :)

The venue also had more of a geek festival feel to it than GOTO had, with its 3D printing, classic console platforms, arcade machines, Occulus Rift etc. There were of course still the typical product pitch stands but it didn't feel quite as dominating.

Unlike at GOTO, where lunch takes place in another building at a specified time, lunch took place in the middle of the venue and was spread out over 1½ hour during talks. This meant that people would not all have to stand in line at the same time nor would it feel quite as chaotic. Also, lunch was served from 3 different locations in the halls, contributing further to the feeling of being able to breathe.

It's also very impressive that the Øredev video's are available some 24h after their capture, something other conferences could definitely take a lesson from. This means it's not quite as annoying to have gone into the wrong talk, since you can always catch up on the one you missed. I remember waiting several months for some of the GOTO videos to come out and I have since forgotten about those I missed seeing.

Last but not least, because of Sweden's very restrictive alcohol policies, you can drink a lot more beer before feeling it. A standard Tuborg with 4.6% alcohol is watered down to 3.1%. Not sure whether to characterize this as either good or bad, but it was an interesting observation none the less.

The bad
Interestingly, and unlike at GOTO, the organizers had not chosen to create an app for the event. This was unfortunate, since the supplied programs were not at all detailed enough to make you decide between conflicting talks - 8 simultaneous tracks are hard to choose from, when all you have to go by is a condensed headline. 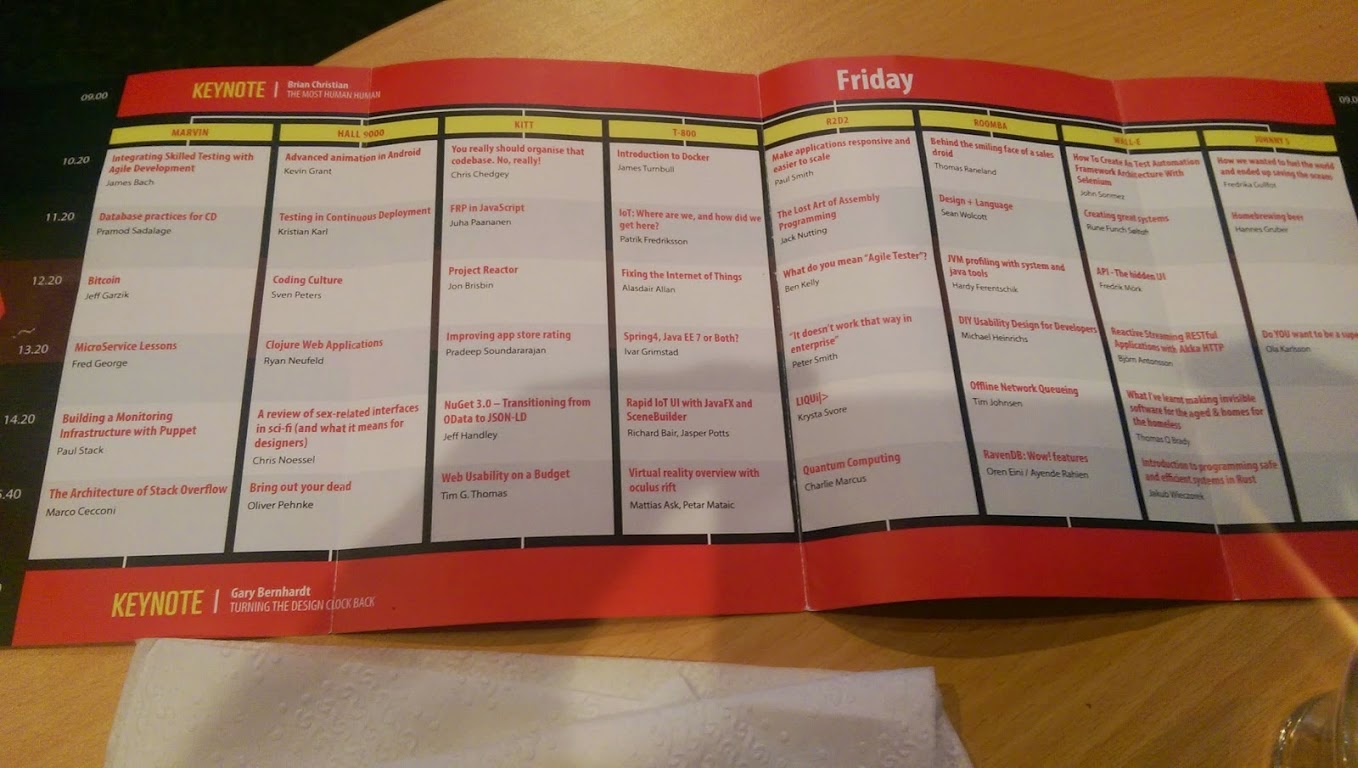 In stead, you had to rely on the website which didn't work much of the time due to an unresponsive server and also suffered from navigation issues (on Android anyway). It's a good example of how you can scale so much better by taking advantage of a richer client (read: app) with its own state.

Staying with the app theme, it would also have been nice if rating of sessions was possible from your smartphone - sure there were the occasional iPad with a green-yellow-red star on, but it was only for some sessions at some doors. The GOTO app rating was buggy but at least they had put a bit more thought into it.

Finally, before leaving the app aspect, I also missed being able to ask questions during sessions for immediate followup at the end of the talk. This was something I took great advantage of at GOTO, in order to engage the talkers with my own thoughts and issues. At Øredev only a few of the speakers had set aside time for questions and I think that's a real shame. I got to ask 3 questions at Øredev whereas at GOTO I got to ask 11 questions and also opened up an email discussion about micro-services with Sam Newman from Thoughworks in the following weeks.

The seating at Øredev was perhaps a bit worse than at GOTO, with even the one large theater being devoid of armrests. It's a minor detail for sure, but after spending a day sitting down on tight hard chairs in jam-packed rooms, it would be nice with a bit of cushioning.

The worst experience at Øredev was definitely the interview with Nile Rogers. He was scheduled as a special keynote thursday night about "Passion and collaboration". Now granted, I never heard of the man and I have no special relationship with black hipsters from the 70's, but I still dare to say the interview missed its intended purpose. While Nile was certainly an experience and clearly commanded a guitar in the brief moments we were allowed to hear that, at many occasions I was left with "WTF is this?". At no time did the interviewer succeed in bringing either passion or collaboration into the picture, but seemed more interested in celebrating Sweden for its musical roots and making statements confusing poor Niles. Most of my colleagues had left midway in, I left after 1½ hour where the interviewer had apparently only addressed 4 out of a total 10 questions! If you'd like to see for yourself if it was really that bad, the interview is available here but I'd encourage you to spend your spare time on some of the other video's. 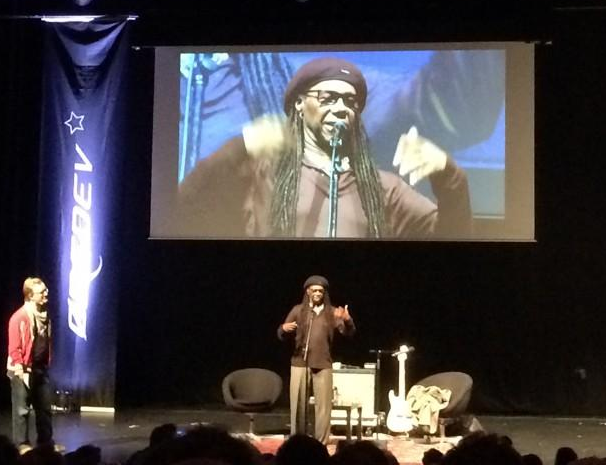 In conclusion
It was a very nice conference experience. In particular I'd like to highlight the cozy venue, widespread plentiful content and the fact that the logistics just simply worked. I do think its a pity, that a large amount of the attendee fee went to pay first class airfare, bodyguard, interviewer etc. for Nile Rogers and his wife and entourage. These conferences should not only be available to large corporations with enough money on their hand and I get the impression that the fee would've been lowered by 1000kr if they didn't have to cater to spoiled famous musicians.

I probably got more professionally out of my visit to GOTO simply because of the inherent ability to engage with the speaker through the questions. If Øredev would adjust these things, it would be a slam dunk which conference to go to.

For the mortal developers not engaged by large corporations, don't forget there's a very approachable and affordable conference in Copenhagen nov. 14 called Driving IT. Having attended IDA events before, I'd love to attend this one as well, but I think 2 conferences within one month is probably pushing the limit with my employer.